One of the daunting this when learning a non-Western European language for the first time, is that the new language is probably written in something other than the Roman alphabet. Depending on the writing system, it might look familiar like “Кириллица” (Cyrillic) or completely alien, like “الأَبْجَدِيَّة العَرَبِيَّة‎‎” (Arabic abjadiyah). Here are a few tips and tricks for learning studying any phonetic writing system1.

When I learned my second alphabet, Cyrillic, I began with the naive approach of trying to memorize every letter individually and then tried to piece them together into words. While I eventually did end up learning Cyrillic, to the point where it’s now almost second nature to me, this approach was far from the quickest.

There were two main problems with this approach: a word is more than the sum of it’s letters & it’s difficult to memorize without context.

No matter how close of a representation the writing system you’re learning is of the sounds in the language it’s representing, there will still always be exceptions. Words that are that way “just because” or large lists of “special exceptions.” While memorizing individual letters can still help with this, you get there much faster by just making sure that you study a large number of words that contain multiple examples of each letter.

“Raw” memorization of each individual letter also leads to a problem where you aren’t giving yourself enough meaningful context to help your memory out. You might start creating unhelpful connections between letters, just because they look vaguely similar or because they sound vaguely similar.

What you can do instead of memorizing individual letters, as a first pass, is to “study” them by familiarizing yourself with the letters that do exist in your new writing system. What do the letters all look like? Try writing them out a few times while repeating their sounds. Ask questions about them: Are there multiple letters that represent the same sounds? This step of the process is not meant to teach you the writing system, but is meant to get you familiar with the lay of the land.

This step is where Anki becomes your friend again. Find multiple example words for each letter/symbol in your new writing system and add them to Anki. Make sure that you add audio files2 so that your pronunciation of the word while reading is constantly being reinforced, and make even include transliterations (i.e. a representation of the word using the Roman alphabet).

The easiest form of flashcard to create at this point is just something that shows you the word in your new writing system, and asks you to say it out loud. If you find yourself regularly confusing different letters, than you might consider doing what I told you not to do in step one: add individual flashcards for those particular letters you’re having problems with.

A far more useful method of this, but significantly hard to create, is to do a pronunciation trainer method (a la Fluent Forever). These kinds of flash cards present a minimal pair, with spelling and transliteration/phonetic representation, plays the audio from one of the cards and then asks you which word you heard. On the backside of the flashcard, it will play the audio from both words so that you can try to hear the difference. 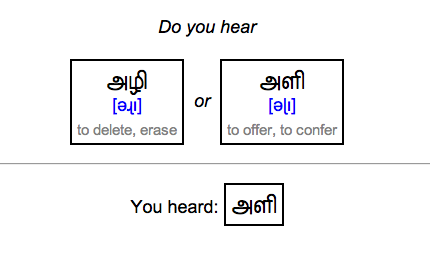 These kinds of cards provide great dual benefits: you’re simultaneously training your ear to hear the distinct sounds of your language better while giving yourself repeated exposure to multiple words, often with only minor orthographic changes while also reinforcing the sounds of those words. 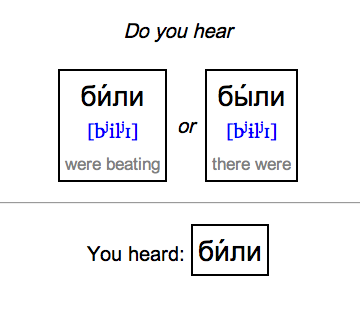 You can create these kinds of cards by scraping through Forvo’s collection of recordings for your language or you can try finding a pre-made one. Unfortunately, the only pre-made decks like this I know of are either my own Tamil Pronunciation Trainer, which I’ve made freely available via Anki’s shared decks, or the ones that Fluent Forever has put together for purchase, which means that there’s a limited number of new writing systems that currently have an off the shelf resource for this method.

If you go out of your way to make a large collection of minimal pair cards for a new language, especially one with a non-Roman writing system, please share it if you’re legally able!

The Fluent Forever pre-made decks have the benefit of also training your ear to hear the differences between English and your language of choice, but also include a large number of vocabulary training cards and individual letter cards that I don’t find useful. These superfluous notes are easily suspendable in Anki and the amount of content provided from the minimal pair cards is well worth the $12.

After you’ve gotten to the point where you can reliably sound out individual words, it’s time to start following along with a native speaker. Audiobooks are a good way to find large quantities of text along with a high quality recording and will give you several hours worth of material to follow along with. If you have a large inner child, you might try to find recordings and copies of children books in your new language, to bring back memories of you being read to as a child.

Other options of sources of audio+text to follow along with might be a podcast with transcripts, which can generally found by googling “

After enough practice from flashcards with individual words and reading along with a recorder, you should be well on your way to being comfortable with your new writing system. You’ll still struggle with individual words on occasion, or trying to fluently read a text. But at this point, your main hold-up should be unfamiliarity with vocab, not lack of knowledge on how the writing works.